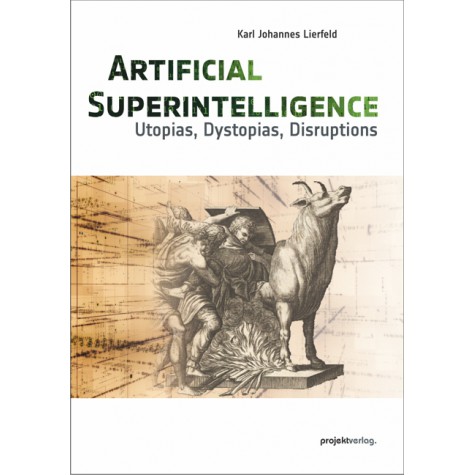 The idea of artificial superintelligence is as promising as possibly threatening. AI could solve most current problems, like pollution, sustainable energy technologies or medical applications. But safety concerns make us ponder the different layers of the AI control problem, while not all of these worries are attributed to the one dilemma situation that lies at the core of the control problem: how can a superior intelligence be efficiently controlled by an inferior one? Even more precarious is the possibility that AI might be weaponized and turned against humanity, maybe by a dictator or a terrorist group. Either way, through runaway AI or human abuse, we would end up like Perillos of Athens, who has been killed by his own invention, the Brazen Bull. And clearly we can't afford an outcome like that.

Dr. Karl Johannes Lierfeld (*1977 in Cologne/Germany) studied media philosophy and literature in Marburg and Cologne. After several years as a freelance screenwriter he finished his doctoral thesis “Scripted Warfare 9/11”, an analysis of the contemporary conditions of media manipulation, in 2015. In 2017 Lierfeld debuted as a novelist along with AI developer Scott Cote with the science thriller “Medica”. Lierfeld has also 10 years of experience as a university lecturer and recently started to appear as a speaker as well.
You can contact the author via email: johanneslierfeld@gmail.com.