The Way to Happiness and Liberation: The Wisdom of Chan Buddhism 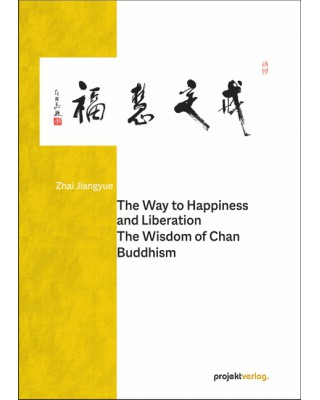 The Way to Happiness and Liberation: The Wisdom of Chan Buddhism

This book tries to explore Buddhism, arguing that the Buddhist belief—“ themind is Buddha (即心即佛)” is in accordance with the traditional Chinese thought of “Self as Universe (i. e. ALL is ONE, or the unity of man and nature)” and the highest stage of Chan practice is to obtain liberation by casting off greed, rage, infatuation. With the help of some illustrations and classical stories, we try to illustrate the essence of traditional Chinese culture. Dr. Zhai Jiangyue is a senior professor of Ludong University in China, she got her doctor’s degree on Classical Chinese Literature at Shandong University. She was promoted professor in 2007 and granted the highest ranking in social science by Ludong University in January 2020. She is good at ancient Chinese language and is well-versed in ancient Chinese documents. Several of Zhai’s ancient documents translations are collected in “Library of Chinese Classics”. Zhai’s in-depth comprehension of Chinese philosophy, religion and culture, is reflected in her new publication, which will consists of four volumes: “Benefiting the Whole World: The Wisdom of Kongzi”, “Free and Unfettered Wandering with Dao: The Wisdom of Laozi and Zhuangzi”, “The Way to Happiness and Liberation: The Wisdom of Chan Buddhism”, and “The Art of War: The Wisdom of Sunzi”.